In cosmopolitan cities such as Paris and London, the growing popularity of portrait photographs in the nineteenth-century were compared to the practices and appreciation of art, which were already institutionalized. The visual culture of Tokyo was quite different. There, the popularization of photographic portrait unfolded in tandem with a major reorganization of the political and social infrastructure instigated by the 1868 Meiji Restoration. It also took place while the notion of “art” was introduced by the new government via neologism. Between 1868 and 1880s, portrait representations especially in reproducible media including photography gained potency. Of course, portraits did exist in Japan before 1868. What is different, I argue, is the fact that portraits come to hold political efficacy via circulation. They become images that could agitate and incited the viewers. In the eyes of the government, such images needed to be controlled and regulated. For activists, the production and circulation of portraiture gained significance in their work. In short, the function of portraiture became destabilized. The talk examines circulated portraits of a Meiji politician Etō Shinpei (1834-74), as a case study to articulate how portrait representations and their functions began to expand beyond its iconicity within a political discourse.

For the full schedule of the lecture series see the website here. See the original poster for this lecture below: 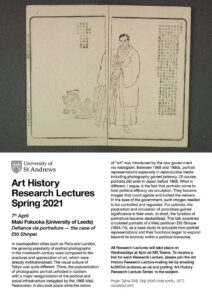 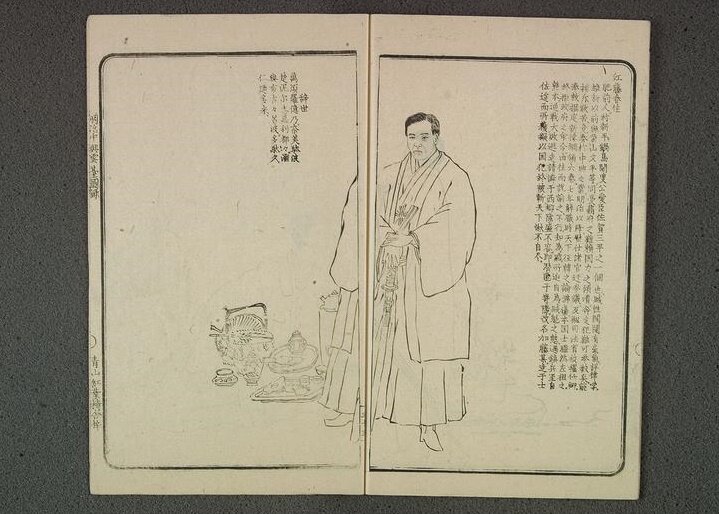