This special issue of the journal Asian Studies therefore focuses on East Asian col-lections in Slovenia, a region that has always been on the political periphery—first within the Habsburg Monarchy, and later as one of the founding nations of the Kingdom of Yugoslavia, but with little real political or administrative power. Most of the objects of East Asian origin were left as legacies of various people (sailors, missionaries, travellers and others) who travelled to China or Japan in the late 19th and early 20th centuries, as a result of Austro-Hungary’s newly established diplomatic relations with East Asia in 1869. This opened the seas to a growing number of Austro-Hungarian merchant and military ships, aboard which also sailed people from Slovene ethnic territory. While some larger collections of objects of East Asian origin entered Slovenian museums after the deaths of their owners in the 1950s and 60s, individual objects found their way into museums as early as the 19th century. With few exceptions, the collections were mostly put into storage, where they led a “dormant life” in depots and attics, forgotten by museum curators and academic scholars and thus deprived of their metaphorical voice. Left to oblivion, they also lack detailed object records, information on their provenance, and accurate identification and categorization. The socio-political circumstances in Slovenia during the 20th century, with two world wars and the establishment of four different states, further contributed to their oblivion and often led to the loss of the history surrounding individual objects and other collectibles.

For more information and the PDF version of the issue, please visit the website here. 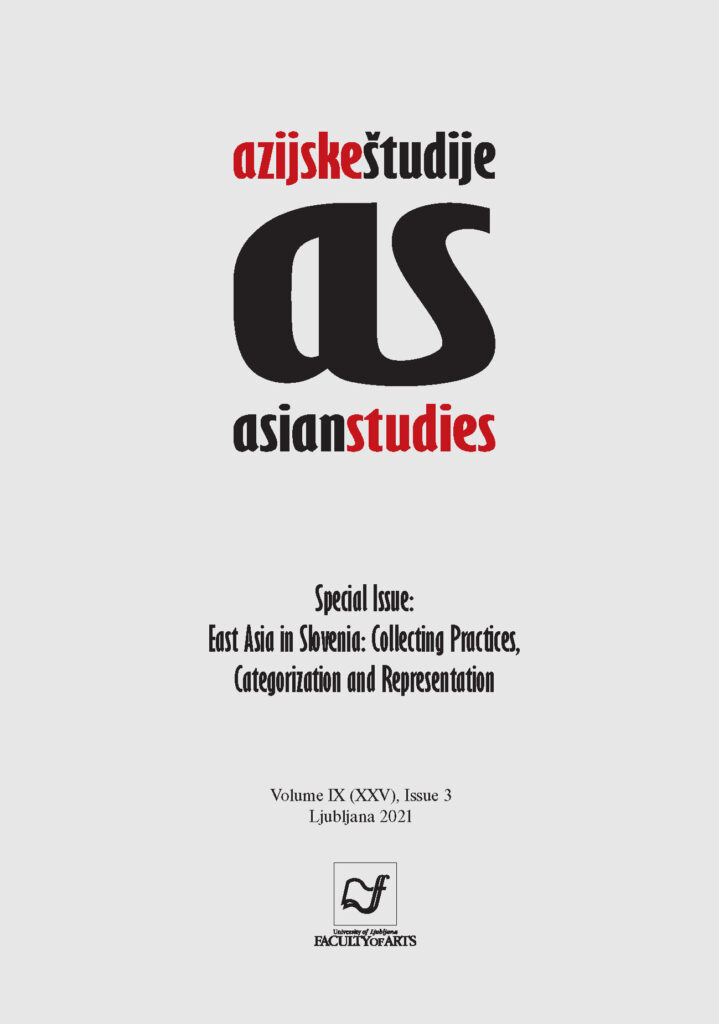