Scholarship on European representations of Southeast Asia in the colonial period largely deals with Western European colonial powers and their particular imagination, political relationships, orientalisms, and racisms. It is on this limited perspective, defined by the empires, that generalizations about “Europe”, “the West”, and “Western” views of “the East”, are usually based. Among the project’s aims is to challenge this perspective and complicate this picture by focusing on the experiences and writings of people who travelled to/in/through colonial Southeast Asia from “Eastern Europe.” NThe workshop intends to focus mainly, but not exclusively, on nations that were at one time partly or wholly under the rule of the Austrian / Austro-Hungarian empire such as Croatians, Czechs, Hungarians, Poles, Romanians, Serbs, Slovenians, etc.

The project aims to cross the boundaries of national languages and academic enclaves and stimulate a conversation among scholars from (or working on) different Eastern European and/or Southeast Asian countries. It aims to bring out the richness of experiences and imagination of Eastern European travel (and) writing, and to thematise the particularity of the traveller-writers’ experiences and views of themselves (including their sense of belonging to a nation and their sense of being “European”, “Western”, “Eastern”, “Oriental”, etc.), their views of Southeast Asia and its people (both feelings of otherness and familiarity), of Western Europeans (often as the other Other) and colonialism. At the same time, the project hopes to avoid exoticising Eastern Europe, and simplifying its difference from imperial Western Europe, by highlighting the multiplicity of travellers, countries, and historical situations – including forms of internal colonialism, orientalism, etc. – and by exploring how Eastern Europeans navigated between adopting and deviating from colonial identities, narratives and practices.

Selected participants will be invited to a workshop at the National University of Singapore, and provided with accommodation (3 nights) and return airfare by the most economical route of up to S$1,200. We aim to publish the final versions of the essays in an edited volume with a reputable publisher.

Submission:
Send a title, an abstract (800-900 words), and a brief CV or bio (optionally, include a writing sample, such as a previous publication) to Jan Mrázek at seajm@nus.edu.sg by 5 March 2020. Selected participants will be informed by 1 April 2020. Complete drafts of papers will be due on 1 September 2020.

For more information on the workshop please visit the website [here]. 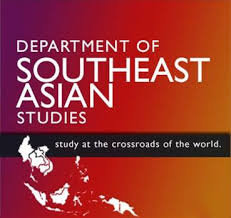