Title: China Pluperfect I: Epistemology of Past and Outside in Chinese Art
Edited by: Frank Vigneron
Publisehd by: The Chinese University of Hong Kong Press, 2022

Initially based on a comparative study of Chinese and Euro-American art theory in the 18th and 19th centuries, this book examines how both cultures looked at their own past and their outside, i.e. what was construed as not belonging to their own cultural sphere, and how they devised new ways of adapting them into evolving cultural constructs.

While the 17th century was still a time when the epistemological backgrounds of both civilizations were so profoundly different that nearly no dialogue was possible, the 18th century saw the emergence in both places of profound changes that would get them close enough to create the conditions for the beginning of a conversation. First quite superficial and taking shape mostly in the decorative arts, this process of rapprochement, while remaining chaotic and unpredictable, led to wider and more profound zones of contact throughout the late 19th and 20th centuries. Through the reinterpretations of each other’s cultural creations, these zones of contact grew wider as the conditions for globalization became more and more prevalent.

Frank Vigneron observes and explores these changes through texts and the visual arts to reveal how these two civilizations, while keeping their own characteristics, managed to develop fruitful dialogues and create deeply intertwined cultures. As an example, the final chapter looks at contemporary Chinese calligraphy as an art that, even though it has no equivalent in Euro-America, successfully integrated cross-cultural theoretical elements, thus exemplifying how past and outside can combine into new artistic constructs.

FRANK VIGNERON is Chair and Professor at the Department of Fine Arts, The Chinese University of Hong Kong. His research focuses on the history of Chinese painting from the 18th century onwards as well as on different aspects of contemporary Chinese art as seen in a global context. He received a PhD in Chinese Art History from the Paris VII University, a PhD in Comparative Literature from the Paris IV Sorbonne University, and a Doctorate of Fine Arts from the Royal Melbourne Institute of Technology. 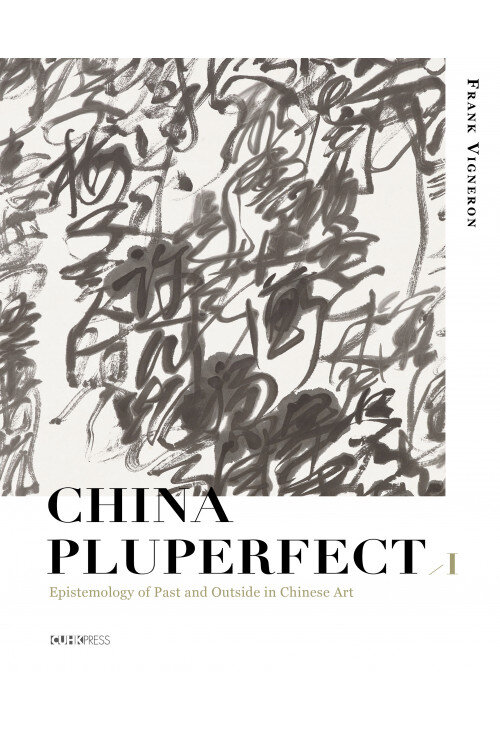