Abstract
The “Ddakjibon” refers to a type of popular reading material in the Korean modern age, which appeared with colourful book covers after the introduction of modern printing technology around 1900. The Korean modern age, which began with the forced opening of the ports in 1876, was a field of cultural hegemony where different cultures met, clashed and merged: the cultural tradition from the Joseon period (1392-1910), the culture of the West introduced by missionaries since the end of the 19th century, and Japanese culture or Western culture received through Japan in the Japanese colonial period (1910-1945), all these joined to form a hybrid culture through absorption, mixing and exclusion.

As ‘a product of modernity’ and at the same time ‘a discourse on modernity’, the Ddakjibon articulates the cultural hybridity of Korean modernity in terms of materiality and narrativity. Under the technical and social conditions of the turn of the century around 1900, the publication, distribution, and consumption process of the Ddakjibon demonstrates the emergence of the modern reading public and the spread of a reading culture. In addition to various technical and social factors, the popularity of the Ddakjibon can be explained by the appeal of its specific linguistic-graphic narrative, which acted as a crucial motivation in reading: The genre-specific narrative patterns in romance novels, heroic novels, etc, and the colourful cover illustrations reflect the ideas, experiences and desires integrated into the Korean ‘modernity’. 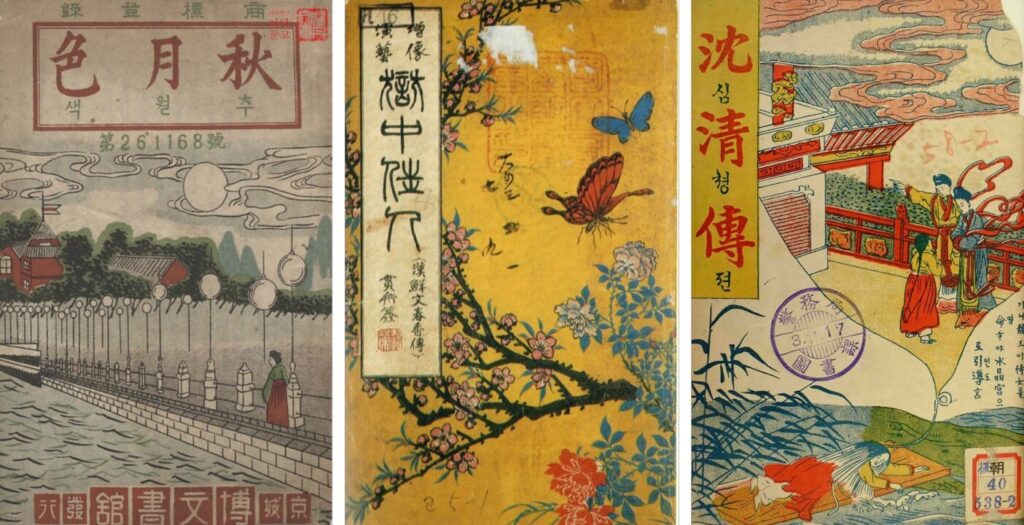