Edited by: Müller, Shing / Höllmann, Thomas O. / Filip, Sonja
The Xianbei from southeast Mongolia were the first foreign sovereignty over North China since the 4th century. During the 200 years of Xianbei rulership, the cultures of old and new inhabitants – the Han-Chinese, the Xianbei and diverse steppe peoples, the Sogdians and other Central Asians from the west – confronted and competed with one another.
This volume is one of the first in Europe that concentrates on the cultural conflicts and the emergence of new traditions in North China during the Early Medieval period. Topics include archaeological evidence of the early Fuyu culture in southern Manchuria and early traces of Sogdians in Qinghai, impacts of Buddhism in the formation of new funerary cults and new city planning, the hybridization of diverse funerary traditions such as the use of head rests and stone beds and house-shaped sarcophagi, the emergence of a multiple identity for denizens as an adaptation to a fast changing world, and the militarization of the northern society as seen in murals and in defense lines. Also included are new insights on the Chinese sabao and Sogdian s’rtp’w titles, and discussions on Sogdian slaves in the Kocho Kingdom as well as on “multi-culture” in Chinese historiographical works.
The papers in Chinese and English have been contributed by renowned archaeologists and historians from China, the USA and Germany.
To find more information and order the publication, please click here. 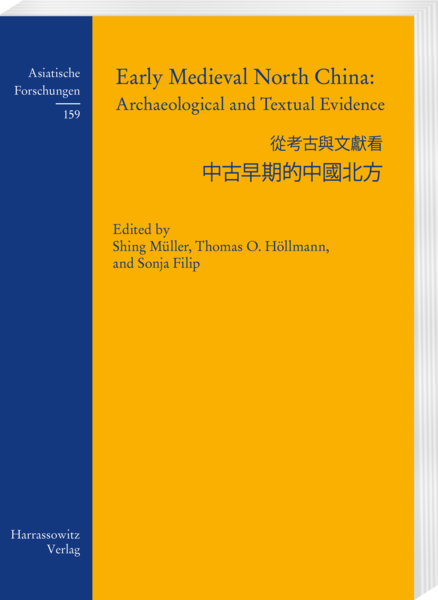