Full Title: Essays and Studies in the Art of Kucha (Leipzig Kucha Studies-1)

The series Leipzig Kucha Studies, in which seventeen volumes are planned, aims at publishing the results of the long-term research project (2016–2030) “Buddhist Murals of Kucha on the Northern Silk Road”. The project, conducted under the auspices of the Saxon Academy of Sciences and Humanities in Leipzig, focuses on an impressive corpus of wall paintings datable to approximately the fifth to tenth centuries CE and located in the Buddhist cave complexes of the ancient kingdom of Kucha on the Northern Silk Road. These narrative and devotional paintings form one of the most important sources for our understanding of the religious and intellectual history of Buddhism in  Central Asia during the first millennium. The project is devoted to recording and annotating all surviving paintings of the region, including the fragments that were removed from their original sites as well as destroyed murals from which only drawings and historical photographs remain.

The first study by Ines Konczak-Nagel, “Painted Buddhist Cosmology: The Pictorial Programme of Central Pillar Caves in Kizil”, demonstrates how Buddhist cosmology, always seen in connection with the Buddhist path of salvation, is represented in the selection of topics and the arrangement of paintings on the cave walls.

The second study by the same author, “Representations of Architecture and Architectural Elements in the Wall Paintings of Kucha”, is part of an ongoing extensive analysis of the material culture depicted in the paintings. The architecture represented provides insights into the local Tocharian architecture of Kucha, which has since disappeared.

The study of Monika Zin, “The Monk Kāśyapa in Kucha, the First Council, and the Furtherance of Buddhist Teaching” examines the inclusion of multi-scenic representations of the first council at Rājagṛha into the sequence of paintings illustrating the events connected with Buddha’s death. There is good reason to believe that the monk Mahākāśyapa who according to legend convoked the council was wor­shipped in Kucha as a saintly guardian watching over the perpetuation of the Buddhist teachings. 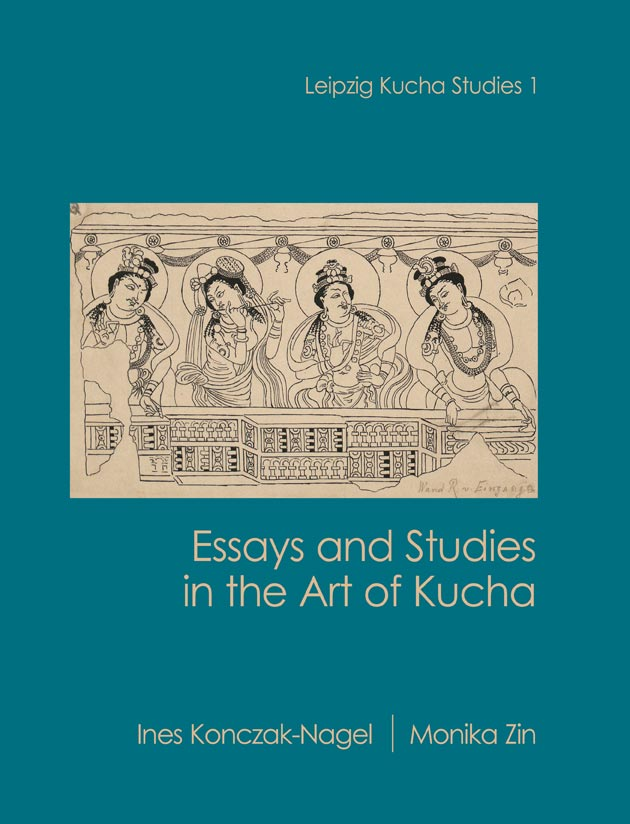