Title: Admonitions of the Instructress to the Court Ladies
Duration: 3 October 2022 to 13 November 2022
Institution: The British Museum, London, UK

This masterpiece is considered a milestone in Chinese painting history. Traditionally attributed to Gu Kaizhi (about AD 345–406), it probably dates to between AD 400 and 700. Due to conservation precautions, it can only be displayed for six weeks a year.

The Admonitions Scroll depicts a poetic text composed by an official Zhang Hua (about AD 232–300) aimed at correcting the behaviour of an empress. The Scroll carries inscriptions by later collectors including the Qianlong emperor (r. 1736–1795). The British Museum purchased the Scroll from Captain Clarence Johnson (1870–1937) who was in Beijing in 1900 during the Boxer Rebellion (1899–1901). Originally a handscroll, the painting and later inscriptions were separated and mounted onto panels in 1914.

Also on display are two paintings by the modern artist Fu Baoshi (1904–65) – Scholars Suffering from Hardship and Mount Jin’gang – both painted during the Second Sino-Japanese War (1937–45). Fu deeply admired Gu Kaizhi and his study into the early master informed his personal style. 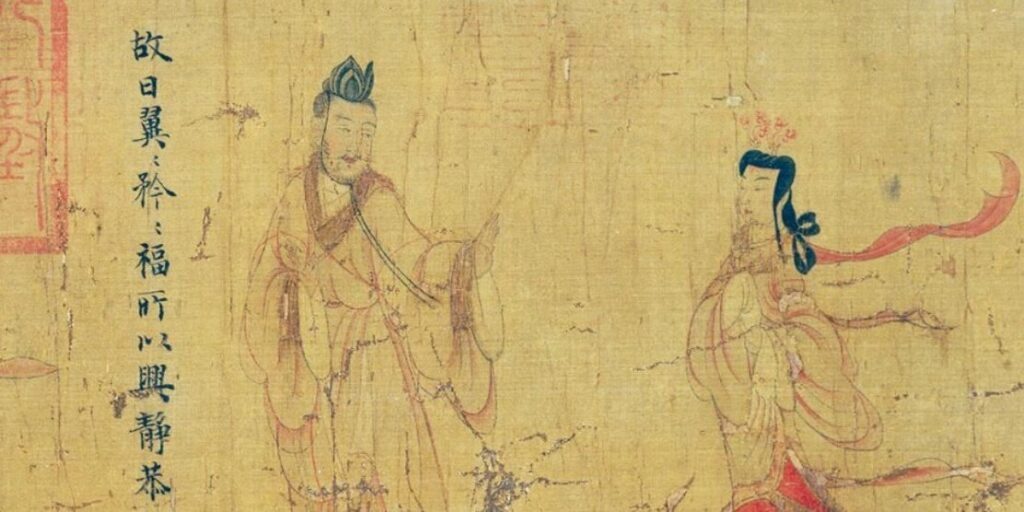