One of the most valuable parts of the collection of the Manggha Museum of Japanese Art and Technology is a unique assembly of works of paper – sketches and drawings – by Andrzej Wajda. Some of the most interesting among these are those made during his trips to Japan. He visited that country seven times – in 1970, 1980, 1987, 1989, 1992, 1993, and 1996 – including six times with his wife, Krystyna Zachwatowicz-Wajda. During each of these trips he took notes, made sketches, trying to remember the most significant elements of that different, foreign culture of a strange land. The land that, over time, the couple would call ‘Our Japan.

In fourteen notebooks and sketchbooks we find a ‘picture story’ of not only Japan but also, or perhaps primarily, of a painter-director, of his artistic preferences, inspirations and discoveries. As we know, to Andrzej Wajda sketching was a form of communicating with the world, a function of memory.

When drawing in Japan, especially the sketches depicting landscapes and genre scenes, the artist assumes a ‘Japanese’ point of view and composes the picture in the manner of ukiyo-e woodblock prints. This is why it is possible to look at Wajda’s Japanese drawings as an interesting example of Japanese inspiration, of Polish Japanism.

The exhibition Andrzej Wajda. The Japanese Notebook, celebrating the twenty-fifth anniversary of the Manggha Museum of Japanese Art and Technology, his sketches are displayed chronologically, in accord with the rhythm of the director’s travels. The arrangement seems to illustrate excellently the successive stages of acquaintance, delight with and reflection on a different culture and art. 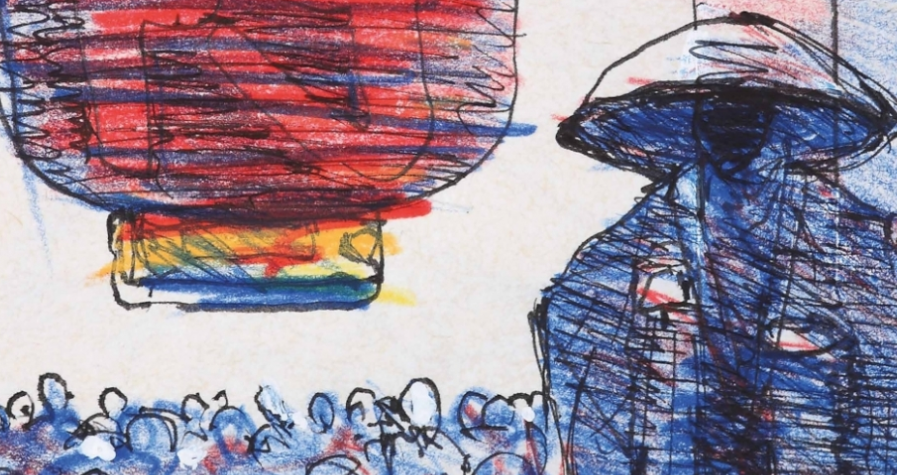