Title: In the Name of the Image: Imagery between Cult and Prohibition in Islam and Christianity
Duration: 4 February 2022 until 22 May 2022
Institution: Museum Rietberg, Zurich, Switzerland

According to common belief, Islam has an absolute ban on images and is hostile to pictorial representations, quite in contrast to Christianity. But is this actually true? Are images categorically forbidden in Islam? And what about Christianity: doesn’t Moses’s Second Commandment state “thou shalt not make unto thee any graven image”? With this in mind, how does one explain the existence of so many “Islamic” miniatures, ceramic bowls, and textiles bearing human representations? And, on the other side, how does one account for the widespread and popular veneration of statues in Catholic churches? In other words: what is the ban on images in Islamic and Christian cultures actually all about? How did people in former times deal with figurative representation, that is, the depiction of human beings, especially of Prophet Muhammad and Jesus Christ?

This is the first time an exhibition deals with such questions on a comparative, cross-cultural basis. It traces the strategies Islam and Christianity applied over the centuries to deal with aniconism. The focus is on the Middle Ages, that is, the period from the 6th to the 16th century. During this time, the question of images was debated extensively by theologians. The 136 works on display cover a geographic area that stretches from Latin Western Europe (Kingdom of France and Holy Roman Empire) to the eastern Mediterranean (Byzantine Empire and later Ottoman Empire) to Western Asia (Persia) and as far as South Asia (Mughal Empire in India).

In the Christian West, it was the Church that ruled over religious images. Starting from an initial rejection of imagery, the Church developed over time an image theology with the venerated cult image at its core (either an icon or a statue). However, this development did not unfold without resistance: twice in the period under review a serious dispute about the role of images arose, once in the 8th/9th century and then again during the Reformation in the early 16th century, in the course of which countless religious pictures and statues were destroyed.

In the Islamic world, matters developed more peacefully. Here it was the madhhabs, the schools of law, that decided whether an image was to be “prohibited” or merely considered “reprehensible”. There was never any doubt that images had no place in mosques and religious ceremonies. In all other areas it was, time and again, left up to the individual actors to negotiate the question of images within the framework of existing social power relations. Under these conditions, a rich pictorial culture developed at the princely courts of Persia, the Ottoman Empire, and the Mughal Empire in India, while in North Africa religious images were treated with utmost reservation. 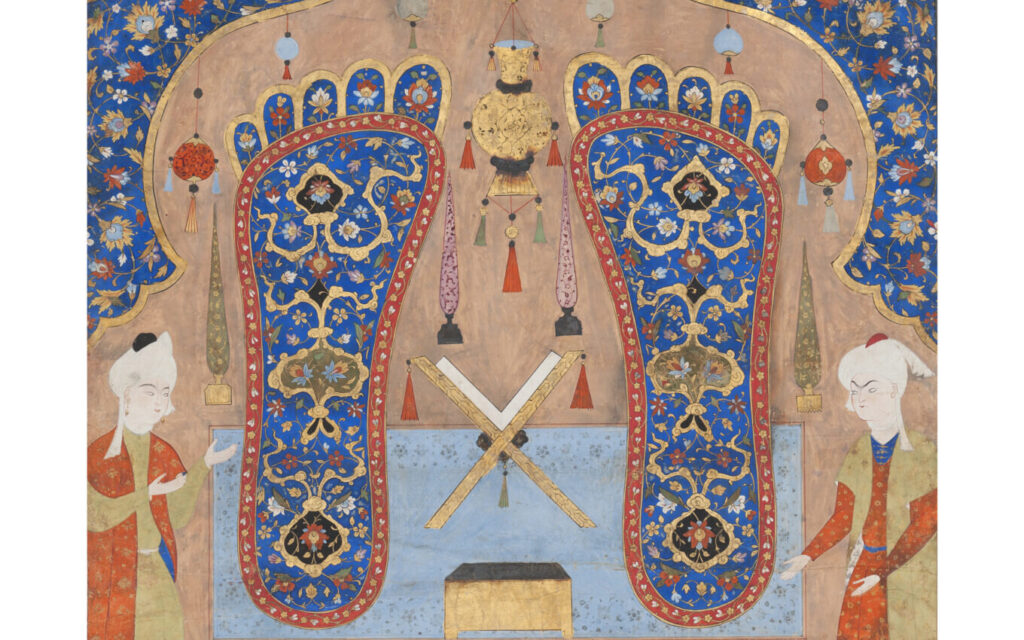