Title: Passions and Prayers: From the Collection of Eva and Konrad Seitz
Duration: 5 May 2022 to 30 October 2022
Institution: Rietberg Museum, Zürich, Switzerland

Strong colours, clear geometrical forms, and patterns ranging from graceful to luxurious are the hallmarks of miniature paintings from the Indian region of Bundelkhand. Located south of the cities of Delhi and Agra, the princely courts of Orchha, Datia, and Panna produced exceptional masterpieces of Indian art that offer thorough insights into the practices and stylistic development of artists reacting to the region’s cultural and political trends over the course of three hundred years until the 19th century. Eva and Konrad Seitz have now donated their Bundelkhand miniatures to the Rietberg Museum. The only museum outside India to be so endowed, the Rietberg Museum can now devote an exhibition to the remarkable story of this unique collection.

In their choice of subjects, Bundelkhand artists focused largely on the classic themes of Indian art: they depicted events of sacred texts and passages of love poetry in regional languages. Their works peerlessly blended the Hindu ideal of devotion (bhakti) and aesthetic sensibility. Always uppermost in the minds of artists was Indian art theory’s pre-eminent concept of rasa (taste, essence, flavour, juice) and the question of how to convey it to those viewing their paintings.

Four series of images produced in the late 16th century mark the start of our story of painting in Bundelkhand. Artists initially proved receptive to the early influences of Mughal art. Political disputes with the Mughal ruler Shah Jahan prompted a return to the initial style, however. With the breakdown of authority in Orchha, artistic production diverged into two contrasting styles: based on early painting, an expressive and ornamental style involving imaginative eccentric compositions evolved in Orchha. By contrast, in Datia, where the political elite had sought exile, the influence of Mughal painting intensified, and artists increasingly portrayed scenes from Sanskrit poetry. This gave rise to the unique combination of Mughal-influenced figures and abstract backgrounds that is characteristic of the Bundelkhand style.

For decades, it was assumed that these paintings were the work of itinerant artist families around Malwa (south-east of Rajasthan). In his two-volume study titled “Orchha, Datia, Panna: Miniaturen von den rajputischen Höfen Bundelkhands 1580 – 1820”, and on the basis of his own extensive collection, Konrad Seitz in 2015 demonstrated not only that the so-called “School of Malwa” had its geographical source elsewhere – namely in the workshops of the courts of Bundelkhand – but also that it should be dated a generation or so earlier. Our exhibition sets out to illustrate how such art-historical attributions and categories arise and can change. For the occasion, Konrad Seitz’s study is to be re-issued in a revised and expanded edition in English. The author’s research and the Bundelkhand miniatures donated by him and his wife Eva will be presented to the public for the first time in this exhibition at the Rietberg Museum. 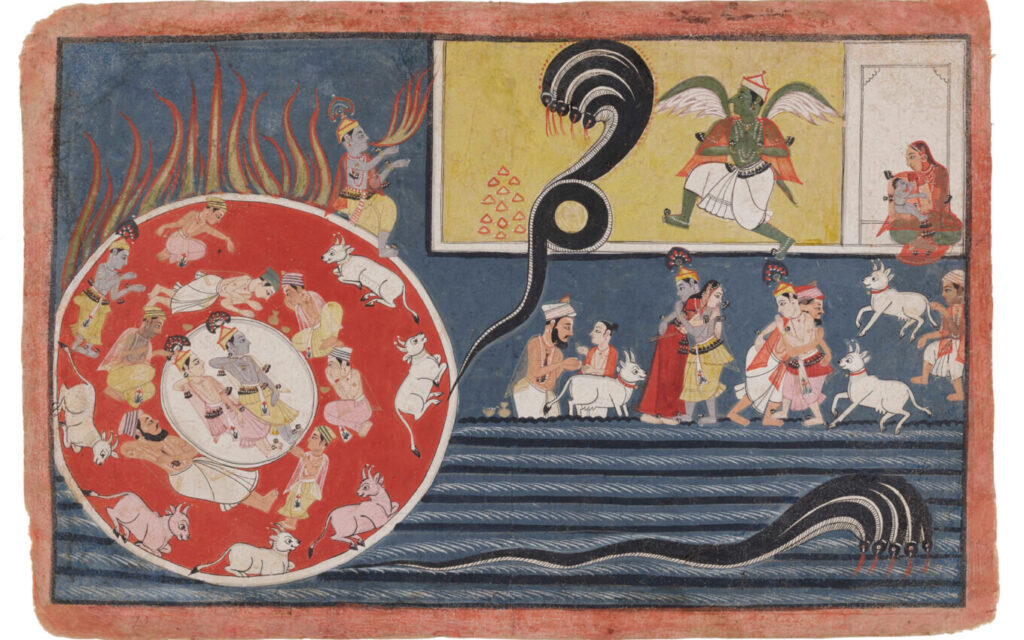