Indonesian textiles impress with their aesthetic and technical richness. Particularly fascinating is the vibrancy of ritual fabrics from southern Sumatra whose main motifs are ships ranging in design from figurative to abstract. In Europe, these cloths have become known as ship cloths. They are made using the floating weft technique and have not been produced for a hundred years; their function can only be partially reconstructed.

Alfred Steinmann, one of the former directors of the Ethnographic Museum of the University of Zurich, was one of the first scientists to study these textiles in depth and to try to interpret them. He acquired two outstanding cloths for the collection and accepted more as deposits. In several writings that appeared from 1937 to the 1960s, he examined the ship’s motif from a cultural and historical perspective, from the Bronze Age to the present day and from Europe to South China and Southeast Asia. He interpreted the elaborately patterned ship cloths as depictions of the passage of dead souls into a land of ancestors. Although later researchers added other layers of interpretation to Steinmann’s, to this day his contribution remains essential for understanding these textiles.

The exhibition is the first presentation ever of a major part of the ship cloths owned by the Ethnographic Museum. The show sheds light on a complex chapter in the history of research and collecting in Zurich ethnology. 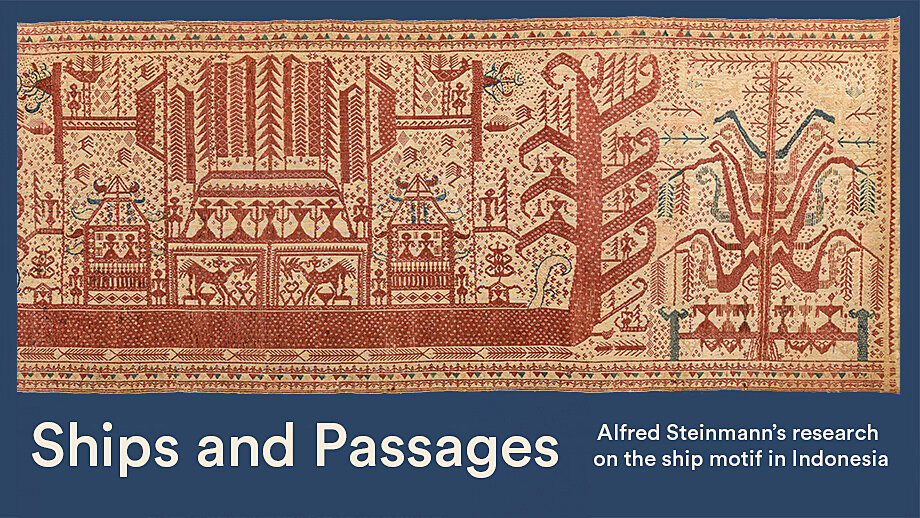