Vivid Transparencies: Yaozhou ceramics from the Shang Shan Tang Collection is a ceramics exhibition organised by Fondazione Università Ca’ Foscari and MAOV entirely dedicated to the manufactures of Yaozhou, a district about 100 km north of Xi’an, in northern China (where the First Emperor’s famous Terracotta Army is located). It will be held at the Venice Museum of Oriental Art from 7 September to 23 October 2022.

The Department of Asian and Mediterranean African Studies of the Ca’ Foscari University of Venice and the Museum of Oriental Art of the Veneto Museums Regional Directorate are once again collaborating to organise events with a high scientific and popular profile, as part of a synergy of intentions that is both useful and necessary for the dissemination of knowledge of non-European cultures.

The Yaozhou kiln, which was active between the 8th and 13th centuries, revolutionised the production of celadon ceramics, becoming the most influential factory in the entire empire. When it comes to ceramics, China holds several records: it was the first country to invent porcelain in the late 6th and early 7th century (whereas in Europe it was done a thousand years later by alchemists at the court of Augustus the Strong (1670-1733) in Meissen). However, in the 13th century BC, objects had already been produced featuring a highly refractory body coated with a layer of green glaze (in various shades), commonly known as celadon in the West and qingci (stoneware with blue-green glaze) in China. This kind of ceramic has enjoyed enormous success precisely because of its blue-green hues, which are reminiscent of jade, China’s iconic material, or the patina on ancient bronzes, another emblem of China’s millenary civilisation.

The 96 works on display all come from a foreign private collection, the上善堂 Shang Shan Tang – literally ‘Hall of the Supreme Good’ –, which includes one of the most comprehensive collections of Yaozhou ceramics in the world, with specimens of excellent quality testifying to the evolution of the manufacture.

All the pieces will be exhibited in the impressive Room 12 of the Museum of Oriental Art, which was intended to house the Chinese porcelain from what was once the collection of Henry of Bourbon in 1928. The historical set-up designed by Nino Barbantini has been preserved ever since and harmonises the extraordinary Asian pieces with the surrounding rococo environment, which is adorned with 18th century mirrors and stuccoes, creating a fascinating ambience. 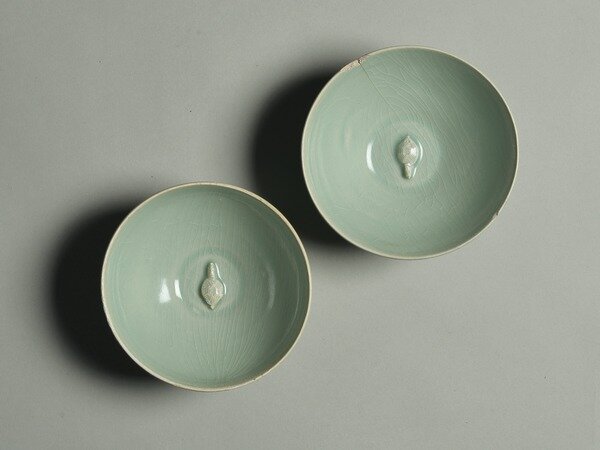