The symposium is free and open to the public, no prior registration is necessary.

A two-day international symposium Korean Art in the West: Tracing Objects from Creation to Collection will take place at the University of Zurich, Switzerland on 26th-27th June 2019. This symposium will feature leading and emerging scholars from Korea, Japan, Switzerland, the USA, the United Kingdom, Germany, France, and Sweden specialising in Korean art history.

Objects from East Asia can be found in many museums and private collections throughout the world. Objects of art travel, change ownership and acquire new meanings and functions. Sometimes they are subjects of evaluations and victims of cultural clichés. Igor Kopytoff in his seminal essay “The Cultural Biography of Things” proposes to treat objects as living beings with distinct biographies and suggests a number of questions pertinent to their study: what were the circumstances and purposes of the production of the objects, how do the objects move and change in contexts of reception and use (Kopytoff 1986: 66). 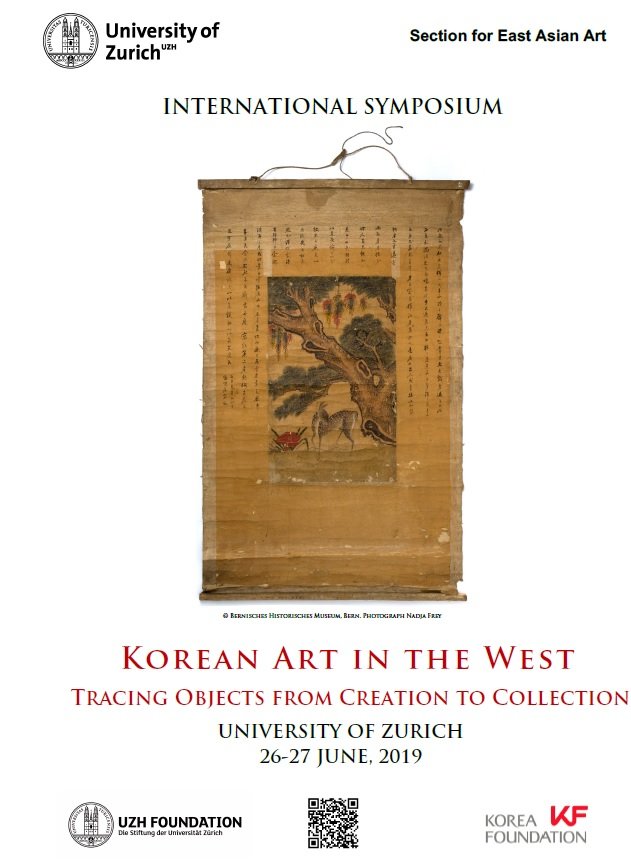