In the early modern world, no individual, institution, or organization could match the impact and influence of the Jesuit missionaries. As the “global patron” in the Age of the Counter-Reformation, the members of the Society of Jesus consciously promoted the transcultural process of the artistic, cultural and intellectual histories on a global scale. Exploring three key structures and their related transcultural spaces constructed by the Beijing Jesuits, this volume re-evaulates their roles in these unprecedented global dynamics, which unified various secular interests, institutions and artistic practices. First, they served as narrative matrices of a dazzling myths associated with imperial patronage; furthermore, as repositories of collective memory and as interlacing spaces of flaneuristic and public interests, these physical structures understood themselves primarily as public monuments, which secured the Catholic triumph in a monumentalistic way. Second, as suggestive fields of action as well as walk-in spaces of synesthetic experience, their frescoed spaces played a major role as an experimental field, stimulating transcultural pictorial practices, which informed the illusionistic palatial interiors of the eighteenth-century Qing court. Last but not least, the Beijing Jesuit gardens presented themselves as places of fruitful transcultural encounters, which nourished various interest groups with the cosmopolitan knowledge of the European renaissance.

Given the multifaceted nature of the topic, this volume questions the limits and singularity of art history, which still remains Eurocentric, and provides a new way of re-evaluating the Jesuit global heritage. The first three chapters focus on the questions of historicization, self-expression and subject formation, which contributed significantly to their establishment as urban highlights and public “contact zones”. Based on a critical revision of the buildings’ histories, the volume first places its interest in deconstructing of a glittering, widely circulated “Jesuit myth” – that the construction of their residences and churches was patronized by the Chinese emperors – and further evaluates the social effect of Jesuit topography in the context of urban exploration. The latter is crucial for understanding the choice of identity-granting “architectural modules” in terms of their power mechanism inside the Society of Jesus.

A heuristic tool for elucidating the practices that were connected with the making, entanglement, and unfolding of the Jesuit transcultural spaces is the praxeological concept of “aesthetic practices.” It highlights the fact that the historical, social and transcultural practices, even if they were hardly recognizable in the final architectural products, were essential components of the material heritage of the Beijing Jesuits. Following this concept, finally, the sociological, cognitive, and receptive dimensions of their physical spaces functioning as “contact zones” urge us to look at their processual and temporary moments in the course of global aesthetic entanglements, reversals, and penetrations.

In the last two chapters, case studies from the Emperor Qianlong’s (r. 1735–1796) court, ranging from the palatial spaces linked to events, to the political spaces of negotiation, and to the emperor’s personal spaces of representation, are used to illustrate how aesthetic and intellectual implications were deter-mined by actors and the public and instrumentalized for the purpose of the Qing political agenda and the subject-formation of the Manchu elites. In doing so, the last chapters discuss the entanglement of the Jesuit sacred spaces with the Qing imperial, transcultural spaces and positions the Beijing Jesuit gardens in the global dynamics of horticultural and hydraulic practices of the 17th and 18th centuries.

Drawing on a variety of images, the volume provides a thorough insight into the global entanglement of the art and architecture of a historically important religious order, and significantly contributes to the current debate on global art history.

The book is available for pre-order [here]. 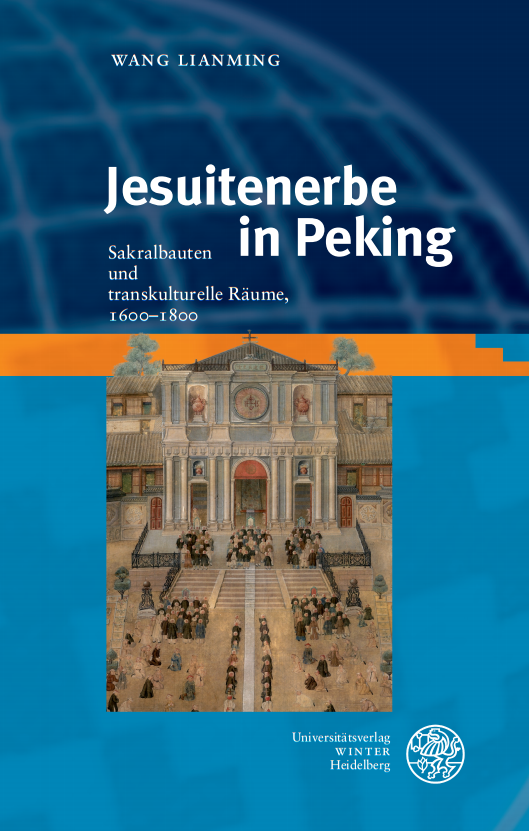