The Kress Foundation History of Art Department invites you to attend or register for the second 2022 Franklin D. Murphy lecture by Dr. Alfreda Murck, to be delivered at 5:30 pm (CDT) on Friday, April 8, 2022.

In 1082, the exiled official Su Shi wrote “Latter Ode on the Red Cliff.” Forty years later, an artist named Qiao Zhongchang painted a dazzling interpretation of the enigmatic prose poem. At a time when the imperial court was promoting jewel-like polychrome painting, Qiao Zhongchang chose the monochrome ink-on-paper idiom promoted by Su Shi and friends. Very likely commissioned by the powerful imperial eunuch Liang Shicheng, who claimed Su Shi as his father, the long handscroll surprises with its originality of forms and quality of brushwork. The historical circumstances of 1082 suggest that Su Shi was carefully commenting on a recent military disaster. Forty years later, was the theme of war acknowledged in the painting? I will argue that the painter – by emphasizing certain motifs in the ode and by adding others – gave visual expression to Su’s guarded commentary on warfare. 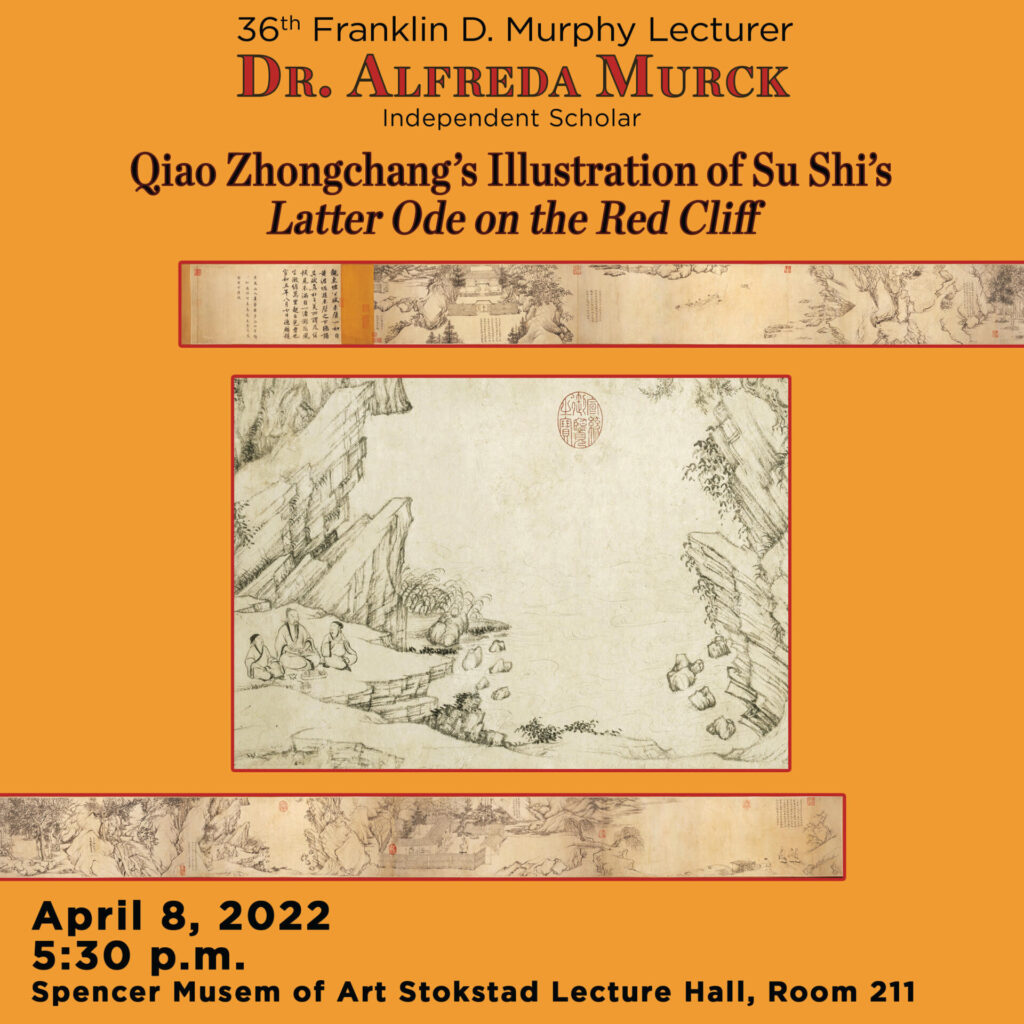