The series Leipzig Kucha Studies, in which seventeen volumes are planned, aims at publishing the results of the long-term research project (2016–2030) “Buddhist Murals of Kucha on the Northern Silk Road”. The project, conducted under the auspices of the Saxon Academy of Sciences and Humanities in Leipzig, focuses on an impressive corpus of wall paintings datable to approximately the fifth to tenth centuries CE and located in the Buddhist cave complexes of the ancient kingdom of Kucha on the Northern Silk Road. These narrative and devotional paintings form one of the most important sources for our understanding of the religious and intellectual history of Buddhism in Central Asia during the first millennium. The project is devoted to recording and annotating all surviving paintings of the region, including the fragments that were removed from their original sites as well as destroyed murals from which only drawings and historical photographs remain. Representations of the Parinirvāṇa Story Cycle in Kucha is the second volume of the Leipzig Kucha Studies.

The book in hand is a comprehensive study concerning the narrative paintings in Kucha on the Northern Silk Road (today’s Province Xinjiang, an autonomous region of the Peoples Republic of China) featuring episodes surrounding the Buddha’s death. The murals, dating from approximately the 5th to the 10th century, represent entire cycles of pictures which illustrate the events starting three months before the parinirvāṇa and ending with the first council. All together, 39 “occurrences” from the parinirvāṇa cycle have been represented in Kucha. Most of these were depicted repeatedly; only a few of them, however, were shown in separate scenes, while others were shown within bigger pictorial units. Relying on literary sources and comparative pictorial material, the book provides descriptions and analysis of the paintings, including both those in situ in the caves and the paintings which were removed from the walls and are presently located in the Museum fürIndischeKunst in Berlin and in other collections around the world.

The book is illustrated with 87 figures and 81 line drawings (mostly by the author) which make the often poorly-preserved murals comprehensible. 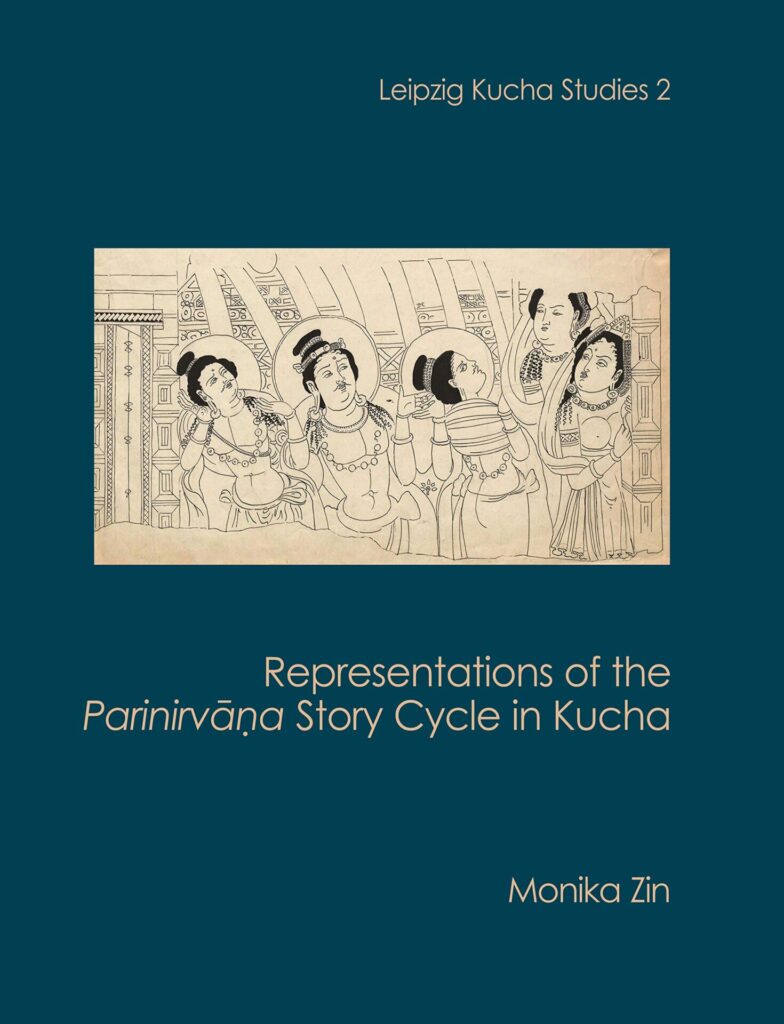