Situated between myth and history, the Shang has been hailed both as China’s first historical dynasty and as one of the world’s primary civilizations. This book is an up-to-date synthesis of the archaeological, palaeographic and transmitted textual evidence for the Shang polity at Anyang (c.1250–1050 BCE). Roderick Campbell argues that violence was not the antithesis of civilization at Shang Anyang, but rather its foundation in war and sacrifice. He explores the social economy of practices and beliefs that produced the ancestral order of the Shang polity. From the authority of posthumously deified kings, to the animalization of human sacrificial victims, the ancestral ritual complex structured the Shang world through its key institutions of war, sacrifice, and burial. Mediated by hierarchical lineages, participation in these practices was basic to being Shang. This volume, which is based on the most up-to-date evidence, offers comprehensive and cutting-edge insight into the Chinese Bronze Age civilization. 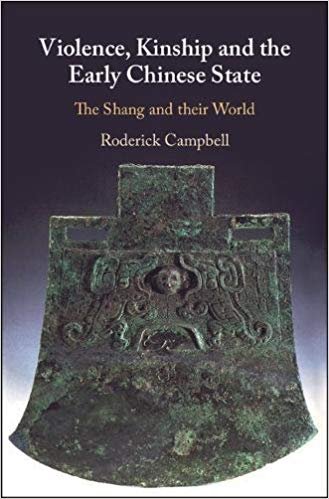