The lecture will examine the dynamic relationship between the evolving religious landscape of the Buddhist pilgrimage site of Mount Wutai in northern China and its pictorial representations. It will be 60 minutes long and include an additional 30 minutes for a Q&A session.

Art of Pilgrimage to Mount Wutai

For as long as Mount Wutai in northern China has been a famed destination for pan-Asian Buddhist pilgrimage, its pictorial representations have circulated all over the Buddhist world. Since the 7th century CE, pictures have variously served as Mount Wutai’s surrogate, souvenir, and guide. This talk examines the dynamic relationship between the evolving religious landscape of Mount Wutai and its pictorial representations. Beginning with notable examples from Dunhuang, the first part of the talk will survey pictures of Mount Wutai in a variety of media, material, and visual traditions. The second part will focus on the exceptional global career of one image—a panoramic wood-block map carved by a Mongol lama in 1846. The diverse lives and afterlives of the map reveal the collaborative and accretive process of mapmaking, which in turn highlights the role maps and their makers and users play in Mount Wutai’s transcultural place-making.

Wen-shing Chou is associate professor of art history at Hunter College, City University of New York. Chou’s book, Mount Wutai: Visions of the Sacred Buddhist Mountain (Princeton University Press, 2018), examines the Inner Asian transformation of the Buddhist pilgrimage site of Mount Wutai in northern China during the eighteenth and nineteenth centuries. Her second book project, “Shaping Time: Art of Rebirth in Buddhist Eurasia,” explores the visual and material culture of rebirth within the Gelukpa sphere of influence from the seventeenth to the twentieth century.

To register for this webinar, click the link HERE. 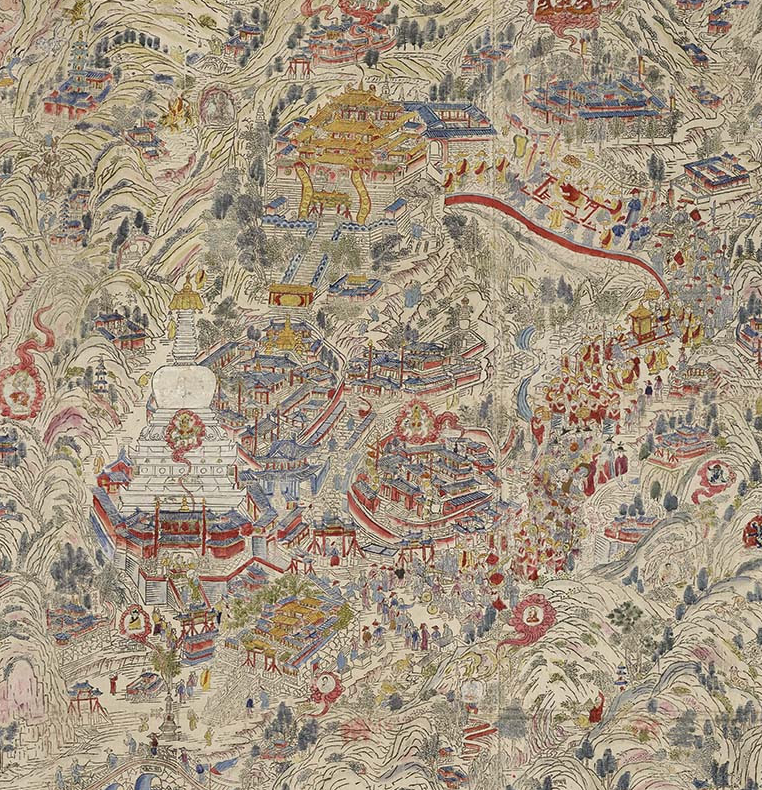